OSMC's March update is ready with a wide range of improvements and fixes to keep your OSMC device running in tip-top shape. We've released this update slightly earlier in the month than usual to add support for the new Raspberry Pi 3 B+. 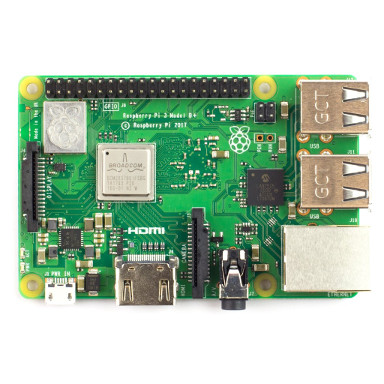 The new Raspberry Pi 3 B + features:

OSMC would like to thank Raspberry Pi for pre-production units which allowed us to support the device on launch day.

After updating to OSMC's March release, you can simply swap an SD card out from a Pi 2 or Pi 3 and put it in a Pi 3 B+. We will produce updated images with support shortly. The power requirements of the unit are increased, so we recommend using a good quality power supply.

To celebrate the launch of the Raspberry Pi 3 B +, one of the most affordable OSMC supported devices, we're running a competition with a chance to win our latest flagship model. Learn more and enter the competition here.

You may also wish to check out our Store, which offers a wide variety of high quality products which will help you get the best of OSMC.