It's been a while since we released an update. We've been very busy behind the scenes and we're now happy to announce the availability Kodi v19 for all OSMC supported devices (note that these have changed, as explained below). It took a lot of time and effort from a large number of developers to release this stable update and get things to a place where we want it.

It's impossible to cover everything. This is our largest update ever in the seven years that the OSMC project has existed, and we've got a lot to cover, so let's dive in.

Kodi v19 (Matrix) is now available as standard on OSMC, and release details can be found here. On the OSMC side, we've improved support for binary add-on compatibility, including more visualisations and screensavers.

A few months ago, we covered in detail the changes to supported devices. In summary: Raspberry Pi 0 /1 and Vero 2 devices are now no longer supported, and the November 2020 release with Kodi v18.9 is the last version to run on these devices.

With Kodi v19, we introduce support for Raspberry Pi 4 / 400 models. You can install on your device today from the Download page.

We've listened to your feedback and taken time to improve the OSMC skin further for this update, bringing a slicker experience. 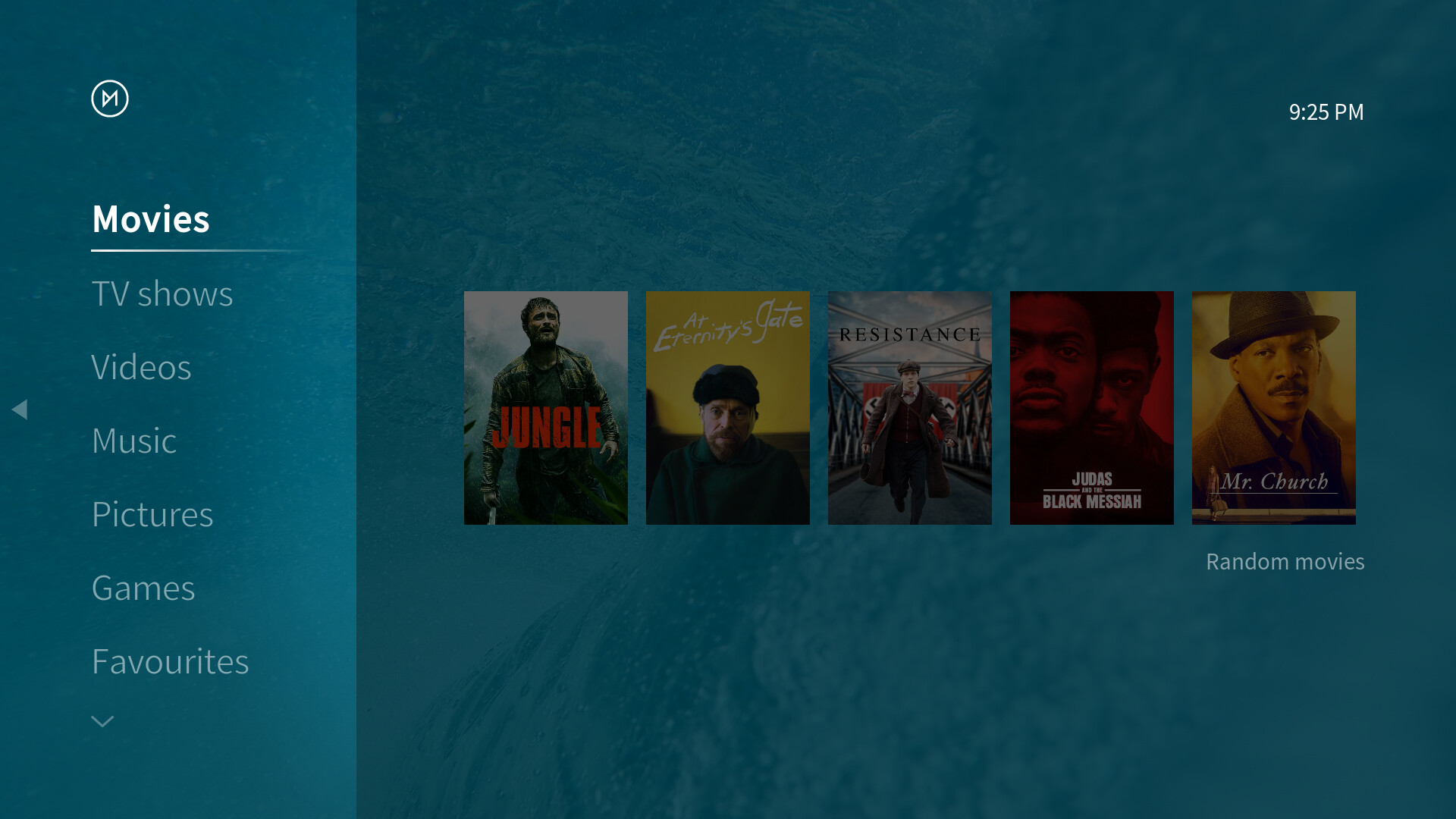 You can learn more about the skin changes here.

Due to upstream changes with Kodi and the Raspberry Pi kernel, the Pi now uses the V4L2/GBM stack for video decode. This video stack is an effort to harmonise video playback standards across a number of devices.

Raspberry Pi now uses V4L2/GBM for video decode. In the short term, this does have some regressions, which were covered previously here. You should read about these changes before upgrading.

The playback improvements we have made are possible because we are maintaining our own vendor specific video decoding pathway downstream from Kodi. We are however also working on the V4L2/GBM stack for the future – but don’t plan to move over to that until we can guarantee that we have feature parity.

Over the last eight months, we've revamped OS internals to prepare OSMC for the next few years, with significant changes to our build system and infrastructure. There are a number of changes under the hood -- some subtle, and some major, which should yield benefit in the near future. We're shipping newer kernels with greater hardware support than ever with improved support for building your own modules downstream and DKMS support. Features that will be of increasing importance, such as Wireguard support are now shipping as standard.

We've been working on improving Bluetooth audio for a number of years and it's been in an experimental state for a long time. We are finally happy to introduce a new Bluetooth audio streaming stack which should making pairing a device to stream audio to OSMC much simpler and this should now work out of the box with My OSMC.

Pairing with OSMC to stream to an external device is possible but requires a couple of manual steps. We are hoping to streamline this process more in the near future.

Python 2.x reached end of life some time ago, and Kodi v19 has migrated to using Python 3.x for add-ons. As a result, some of your add-ons may not work as expected unless they have been updated by their maintainer. Before updating, you should verify if any add-ons you use regularly are supported with the new version of Kodi.

This is where we need your help. We're trying to improve our localisation efforts for OSMC and recently introduced a translation system so that we can finally achieve what we've wanted for years -- users to be able to enjoy OSMC fully in their native language. You can learn how to get involved here.

At the end of 2020, we introduced a new proprietary OS which runs on Vero 4K and Vero 4K + devices called secureOSMC.

This operating system complements Vero devices and is currently responsible for 3D tasks and tone-mapping. It will take a more significant role in the future and open up many possibilities in the near future.

To celebrate our largest update in seven years, we're happy to offer the Vero 4K + for just £99, delivered worldwide until 16/08. Grab yours here..

You may also wish to check out our Store, which offers a wide variety of high quality products which will help you get the best of OSMC. Grab a Vero 4K + for just £99